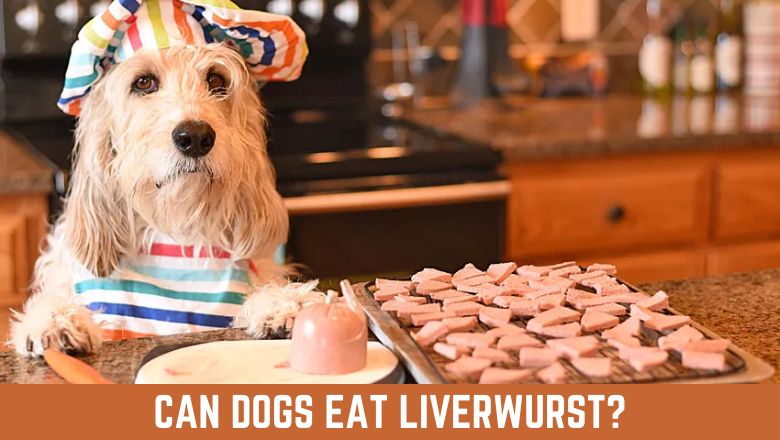 In this article, you will know the answer to the query “Can Dogs Eat Liverwurst?“.

Have you ever wondered if dogs can eat liverwurst, also called braunschweiger? The fact that many dogs love liverwurst certainly makes this a good question.

To begin with, I would like to clarify something. In what way is liverwurst different from other sausages?

There is often confusion between liverwurst and other types of deli meats and sausages that may sound similar but are totally different.

To avoid confusion, it is important to differentiate these products

In what way does liverwurst differ from other sausages? There are many European countries that consume liverwurst, also known as liverwurst or liver sausage, including Austria, Germany, Hungary, Poland, Denmark, Norway, Poland, Romania, Russia, Sweden, Ukraine, and the United Kingdom.

It is important to note that not all liverwurst is created equally. The liver of pigs or calves is usually used in most types of liverwurst in the USA, for instance.

It is also common for liverwurst to contain a variety of spices, so be sure to read the label closely. There are several spices listed, including black pepper, marjoram, thyme, mustard seed, and nutmeg.

You may find liverwurst served differently depending on where you travel. There are both packages of liverwurst that have already been sliced and open-faced sandwiches that contain liverwurst.

Liverwurst is often served on rye or whole grain bread garnished with red onions and mustard in the North of the United States.

Rather than sweet pickles, liverwurst is served with dill pickles in the Northeast, but sweet pickles are served in the Southern states and the Midwest.

While liverwurst is also known as Braunschweiger in the Midwest and Mettwurst in Germany, the latter refers to a smoked, soft, spreadable sausage made from raw minced pork.

Additionally, in the United States and Canada, Braunschweiger refers to a sausage made from pork liver, which is almost always smoked, contains bacon, and is stuffed in a natural casing, but liverwurst is neither smoked nor contains bacon.

When you’re unsure about all of this, simply read the package’s labeling so you know exactly what’s inside the “liverwurst” you’re planning to purchase and whether it’s safe for your dog.

Is Liverwurst Good for Dogs?

Among the fattiest types of deli products that you can feed to your dogs, liverwurst is only safe for dogs that are not obese or diabetic.

Dogs should only eat liver sausage as an occasional snack, especially if it is not homemade. Occasionally, it can be a good treat for convalescent dogs and those who need to gain weight.

Here is where liverwurst sausage really shines. A 100-gram serving of liverwurst contains 49% iron, making it one of the richest sources of this mineral.

In addition to building red blood cells, iron is an essential nutrient that can help your dog’s cardiovascular system function properly. Red blood cells transport nutrients and oxygen from and to your dog’s tissues and organs, as you probably already know.

Vitamin C and B6

There are 5% vitamin C and 10% vitamin B6 in 100 grams of liverwurst, which might surprise you. This product’s main ingredient, liver, is extremely rich in various nutrients, including these two vitamins.

By improving your dog’s immune system, vitamin C acts as a natural anti-infectious, protecting them from disease.

It is also essential to maintain the health of your pet’s coat by giving it vitamin B6. Rashes, irritations, and dermatitis can develop in dogs with vitamin B6 deficiencies.

Even though calcium and magnesium are relatively low in liverwurst nutritional value (2% calcium and 3% magnesium in 100g), they are still important minerals. Their involvement in a cell membrane pump regulates the exchange of substances between tissues.

The cardiovascular system depends on both of them for proper functioning.

Is Liverwurst Bad for Dogs?

What are the risks associated with liverwurst for my dog? In spite of the fact that there are safer varieties, such as homemade ones, here are some reasons why liver sausage might not be the best choice for dogs.

Because liver sausages have to taste great and be palatable, they are extremely high in fat.

Despite the fact that fat is used as a preservative and flavoring, in this case, it can be detrimental to some types of dogs, such as seniors or those who have difficulty digesting fat.

Dogs should not be given liverwurst due to this concern. It’s possible to get dangerous ingredients like onion and garlic in some types you can buy from the supermarket.

It is risky for dogs to eat plants in the Allium genus because they can cause Heinz’s body anemia.

You may not end up at the vet clinic if your pup eats just a tiny slice of liverwurst since their intake of onion or garlic will not be high, but if you let your dog get into your stash of liver sausages and eat a bunch of them all at once, you’ll definitely end up there.

Liverwurst has a high-fat content and a high-fat salt content, which can result in gassiness, vomiting, or diarrhea in some dogs. It can be a relatively common occurrence, depending on the dog and how likely they are to experience digestive issues.

There is a possibility that liverwurst fat can cause acute pancreatitis in dogs who are already predisposed to it. Pets who are older are more likely to experience this problem.

Because most liverwurst varieties contain a high salt content, kidney complications can occur.

In addition to making sausages more delicious, salt also acts as a natural preservative. Aside from renal issues, your dog could also suffer from high blood pressure or other cardiovascular problems.

How Much Liverwurst Can A Dog Eat?

In the supermarket, there is no amount of liverwurst that is safe for dogs. Maybe you could give your dog a very small piece of beef if your local butcher sells varieties that don’t contain a lot of fat, salt, onion, or garlic.

There’s no limit to what you can do with liverwurst that you prepare at home. You can give your dog anything between one to three small slices per week as liverwurst dog treats if you make your own. Just steer clear of the dangerous ingredients we mentioned earlier.

How to Prepare and Serve Liverwurst to Your Dog

You should never feed your dog any table scraps, especially if they haven’t been cooked separately (meaning without any dangerous ingredients).

Homemade liver sausage is relatively safe, and it can be boiled, grilled, or baked. Because liverwurst already contains enough fat, frying it would make it a fat bomb, which would seriously increase your dog’s risk of developing acute pancreatitis.

Can I Give Liverwurst to My Dog?

In general, liverwurst isn’t bad for dogs, and even veterinarians and veterinary behaviorists recommend it occasionally. Listed below are a few examples.

Why Do Dogs Kick Back Dirt After Pooping?

Littermate Syndrome: Risks With Getting Two Puppies at Once

A littermate syndrome, also known as sibling syndrome or sibling rivalry, happens when two puppies are born from the same litter at the same time. Although it might seem irresistible to bring home two adorable puppies, there are certain implications to consider at a rational level before giving in to your impulses.

According to Dr. Marty Becker in an article for DVM360, dogs who are afraid of going to the vet should be fed high-value treats such as Deli turkey, Braunschweiger and liver treat. According to him, you’ll gain a friend for life with these treats.

In order to get dogs to take their medications, veterinarian Dr. Rebecca suggests liverwurst. “The best way to get a dog to take distasteful medication is to put it in liverwurst. The liverwurst can be formed around the pills.”.

One of the best features of liverwurst is that it can mask the taste and texture of some bad pills due to its consistency and irresistible smell.

Liverwurst is a favorite food of most dogs. If you must train dogs, it is very smelly and has a strong flavor that attracts them.

Dr. Gary Landsberg suggests using Braunschweiger to condition a dog to wear a muzzle in his book ” Behavior: A Guide For Practitioners, An Issue of Veterinary Clinics of North America.”.

According to veterinary behaviorist Dr. Laurie Bergman, most dogs respond to the liver in different forms when it comes to training. She mentions liverwurst, freeze-dried liver, and cooked liver as options.

Terrie Curtis, a veterinary behaviorist, recommends throwing “storm parties” to help dogs overcome their fear of storms as well as dogs who don’t have any storm-related fears.

Did you know? Photographer Mildred Stagg confesses that liverwurst is her favorite piece of equipment for obtaining the most beautiful portraits of dogs, unlike many other photographers who praise film or a type of camera.

Conclusion (Is Liverwurst Bad for Dogs?)

It’s generally not bad for dogs to eat liverwurst. The best approach is to practice everything in moderation, as with many things in life.

There is a lot of richness in liverwurst. In dogs with sensitive stomachs, eating things they aren’t used to may cause an annoying bout of vomiting or diarrhea.

According to veterinarian Dr. Rebecca, liverwurst can potentially trigger pancreatitis in very small dogs or dogs with sensitive stomachs.

You should also keep in mind that some ingredients in liverwurst may be problematic for dogs. Considering the risks associated with Heinz anemia, you may want to avoid liverwursts containing onion.

A Liverwurst Recipe for Dogs

The Everything Cooking for Dogs Book by Lisa Fortunato suggests an excellent recipe made with liverwurst, particularly for concealing pills since it is soft and malleable.

This recipe calls for mixing 3 ounces of Boar’s Head liverwurst with cream cheese at room temperature. After mixing the two ingredients thoroughly, 3/4 cup of crushed shredded wheat is added to obtain the ideal consistency for forming balls.

Pills can be hidden in the balls, which can be stored in the refrigerator for up to a week.