In this article, you will know the answer to the query “What Dog Breeds Have An Occiput?“.

The occipital bone is found in every dog.

Nevertheless, some breeds have more noticeable occiputs than others. Why is that so, and which breeds have the largest occiputs?

We must first define an occiput in order to understand these intriguing questions.

What is an occiput?

Have you seen a curious bump on the head of your dog?

It’s an occiput, my friend. In Latin, ob means “against,” whereas capit means “head.”

As a result of their merger, the words “ob” and “capit” became the modern term occiput.

Occipital refers to the back of the head or the skull, as the Latin root implies.

Both humans and furry friends have occiputs (yes, you have an occipital bone, too).

For us two-legged, upright standing creatures, the occiput is located on the lower back of the skull, which is probably why you haven’t thought much about yours.

We, humans, have occiputs that are subtle, but our four-legged companions often have protruding occiputs.

We have a blog entitled “Why is My Dog’s Occupit Getting Bigger?” if you notice your dog’s occiput increasing in size.”

Why do dogs have occiputs?

Why does your dog have this weird bump on the back of his head?

The occiput was once thought to be a sign of a dog’s intelligence, but today we know that evolutionarily, it served a very important purpose for the little wolves we now call dogs.

The occipital bone occupies prime real estate by buffering access to a dog’s skull, and this cushion may have spared the lives of your pup’s ancestors eons ago.

In a dog-dog world, the occiput was simply a means of protecting the dog.

What dog breeds have a large occiput?

It is thought that the characteristics we see in dogs today are relics of wolves, dogs’ evolutionary forebears.

While it may seem hard to believe, adorable Chihuahuas and formidable German Shepherds share a common ancestor.

Dogs seem to have certain traits in common, though.

Researchers have shown a positive correlation between occipital width and body mass in several mammals, meaning a protruding occiput is associated with greater body weight.

We can extrapolate this finding to dogs and conclude that larger dogs have a more prominent occiput.

Therefore, it should not be surprising that sporting dog breeds tend to have the most distinctive occiputs.

In the following paragraphs, we will explore specific breeds that have large occiputs.

This noble steed’s droopy eyes and ears give him an appearance of wisdom as if you’ve seen Aristotle’s soul incarnated into your pet. Similarly, the creases that appear above the eyes of this breed give the impression that it is as old as time. There is an unmistakable bump on top of this breed’s narrow, oval-shaped head. Bloodhounds possess a number of qualities that make them excellent hunters, so evolution perhaps favored them with a generous occiput.

Although the name “bloodhound” may sound aggressive, don’t let this title fool you. The bloodhound is known to be gentle, affectionate, and even-tempered. Even though it is stubborn, it is impossible not to swoon when you see a bloodhound who displays admirable patience when a child tries to climb on him.

The olfactory ability of bloodhounds exceeds that of all other dogs, with an estimated 200 million scent receptors.

Despite its wide brow, you might notice a wider, more rounded occiput on this lovable breed’s head. This handsome breed has long attracted the attention of advertisers due to its irresistible charm and photogenic potential. And who can blame them? You will be inspired by this puppy’s playful eyes and youthful spirit just by looking at him.

Traditionally, Labrador Retrievers were gun dogs, dogs that assisted humans in hunting and retrieving prey (hence the name of this breed). Since Labrador Retrievers have been cooperating with humans for so many years, it is not surprising that this intelligent and cooperative breed is called “man’s best friend.”

Isn’t it interesting that labs were built to be filled with water? Physiological characteristics of the breed, such as thick tails, webbed feet, and a water-resistant coat, predispose them to enjoy swimming more than being a figure of speech.

There are a lot of benefits associated with Golden Retrievers, including their friendly nature and their loyalty. Similar to Labradors, Golden Retrievers were once gun dogs, and this may explain their athleticism, intelligence, and strong emotional attachment to humans.

English Setters are medium-sized dogs with a long, narrow bridge connecting their nostrils and cranium. The English Setter has a protruding occiput, which may not be perfectly centered, just before that delicate point where the skull meets the neck.

Breeds of this type are often multicolored and covered in colorful speckles similar to human freckles. Featuring long, drooping ears and a long, arched neck, English Setters are elegant in appearance.

Although the English Setter is described above as being dainty, the breed was used for hunting in England centuries ago (hence the “English” title).

There is a rumor that English Setters are mischievous and strong-minded, so you may catch a glimmer of impishness in their eyes. The breed is also described as amiable, intelligent, and gentle.

In English setters, the term “Setter” refers to the position the pup would take to indicate the presence of a game to be hunted.

English Pointers have long, lean legs and a lean, athletic body. Faces of this breed tend to be bony, with traceable cheekbones and a prominent occiput. This breed was first introduced to the United Kingdom in 1650, as indicated by its name. The “Pointer” part of the breed’s name refers to its early role with its muzzles to point out prey.

They are known for being independent, highly energetic pups that enjoy exercise and being outdoors. These characteristics make them a good choice for avid adventurers, regular joggers, and families with energetic children. Those who are sedentary and averse to greenery might not feel comfortable with this breed. The English Pointer is thought to be a breed that can be trained, intelligent, alert, and devoted.

This breed is said to show hunting instincts as early as two months of age!

The occiputs of spaniels in general, and especially the occiputs of English Cocker Spaniels, are quite prominent. There is a prominent occiput on this breed, and its face is long. When you stroke the soft and silky hair of a Cocker Spaniel, pay special attention to the breed’s occiput. According to the American Kennel Association, massaging dogs offers plenty of mental, physical, and emotional benefits, and canine practitioners believe that the region of the occiput contains many nerve endings.

The Cocker Spaniel is easily identifiable by its uniquely long and droopy ears. They are the ideal cuddle buddies because of their thick, silky hair and Goldilocks-sized body.

The English Cocker Spaniel is thought to have originated in the United Kingdom and was a hunting dog (are you sensing a pattern here?). Dogs of this breed are said to be affectionate, alert, playful, cooperative, and active.

Did you know that dogs can detect cancer through their scent? A 2004 study in England confirmed that this was the case. A Cocker Spaniel proved to be the most adept at sniffing out cancer in that study.

Last but not least, the Basset Hound, small as it might be, has quite an impressive occiput. The face of this breed is long and cone-shaped, and its occiput further elongates it. Basset Hounds have long ears that resemble pigtails, and their cylinder-shaped bodies set them apart from other breeds.

Researchers trace this breed back to Belgium, which borders France. Basset is French for low, which is apt considering this breed’s short, muscular legs. It is said that Basset Hounds are friendly, social, easy-going, and devoted dogs. It is possible that those who attribute less flattering traits to them, such as laziness, are misinterpreting this breed’s more relaxed and low-energy nature.

A unique physical feature of this breed aids it in smelling the world. The long ears of the owl draw scents towards its nostrils, and the wrinkled skin on its face helps it retain scents within the crevices.

The purpose of this blog is to provide you with an appreciation for the bump perched on your dog’s precious cranium. The fact that our fur baby’s occiput evolved out of a very important purpose can move us to marvel at the marvelous intelligence and care nature invested in our friends’ features.

What Dog Breeds Have An Occiput? (Watch Video) 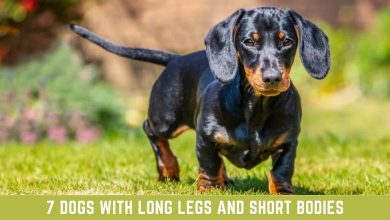 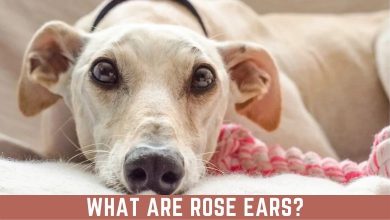 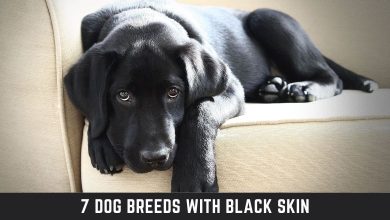 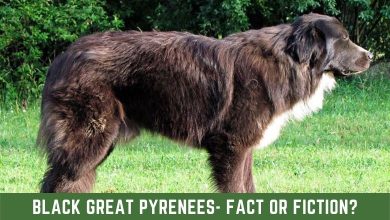